Jean-Luc di Paola-Galloni (Valeo) was nominated Acting Chairman by the General Assembly of EGVIA. He succeeds Wolfgang Steiger (Volkswagen) who retired on 1st October after serving for many years as Chairman of the EGCI / EGVI PPP and EGVIA.

On the same occasion, the General Assembly endorsed three new members – Daimler Trucks, the University of Bologna, and the University of Warwick – bringing the EGVIA membership to 78 members. To see the full list of members, click here.

We wish them a fruitful collaboration within EGVIA, and express many thanks to Wolfgang Steiger for his dedicated work in initiating and guiding the EGCI / EGVI PPP and EGVIA over the past six years. 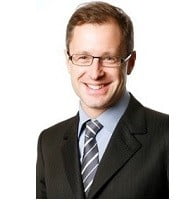 Jean-Luc di Paola-Galloni is Valeo Group Corporate Vice-President for Sustainability and External Affairs since October 2010. He was previously CEO’s delegate, member of the executive committee at Valeo since December 2006. He joined ERTRAC as Vice-Chairman in July 2008 representing the automotive suppliers industry.
In this respect, he’s also member of the strategic group advising the board of CLEPA (European Association of Suppliers) and takes part to the electro-mobility working group within this association.

His commitment to establish fair relationships between the automotive industry and international bodies, with a multi-stakeholder approach is also reflected by his commitment to the advisory board of the International Forum of OECD Transport Ministers from the beginning (2008) and to the Global Council of Automotive Industry of the World Economic Forum since its creation (2010). Since January 2010, Valeo Board member to the Modernization Fund of Automotive Suppliers (belonging to French Sovereign Fund – FSI).

Job opportunity: Looking for a programmes and knowledge manager

The European Green Vehicles Initiative Association for the 2Zero Partnership (EGVIAfor2Zero) and the Connected Cooperative and Automated Mobility Association (CCAM) are looking for an additional perso...
Read more
News 15/12/2021

The 2Zero Strategic Research and Innovation Agenda (SRIA) is now available. Prepared thanks to a large group of stakeholders representing the diverse sectors covered by the 2Zero partnership, the S...
Read more
Back to list
Cookies
To make this site work properly, we sometimes place small data files called cookies on your device. Most big websites do this too. Read more
Accept
Change Settings
Cookie Box Settings
Cookie Box Settings

You can change these settings at any time. However, this can result in some functions no longer being available. For information on deleting the cookies, please consult your browser’s help function.

With the slider, you can enable or disable different types of cookies: